as part of the

RECORDING
​
On ​Saturday, May 26th, The Chamber Choir recorded ten pieces from recent repertoire for achival and promotional purposes.

...to all who attended the
Fr. Henry Flanagan Memorial Concert on June 6th when we were pleased to share the platform with four other choirs and Paul McKeever on organ.

...to all who attended the
June 13th concert when we were delighted to sing as guests of ​Highly Strung in ​St. Patrick's Church, Newbridge.  ​

We have just resumed rehearsals for the new year.

We welcome back all current and returning choir members and hope that our new members will enjoy singing with us.

Bro. James Murphy sadly passed away on December 19th.  We extend our sympathy to his family and his community of Patrician brothers.
James was a long time dedicated member of our choir singing in the bass line. We sang at his removal to Parish Church, Newbridge. We will miss his spirit of commitment to the choir and enthusiasm for singing new music. Ar dheis Dé go raibh a anam.

By kind invitation of the community at the church of St. Michael and All Angels, Millicent, Clane, we sang in their annual Service of Nine Lessons and Carols lead by Rev. Gregg Ryan.  Peter Thew was Organist.

By kind invitation of In Caelo Choir, we sang with a number of local choirs in a Community Choir Carol Concert in Newbridge Parish Church.  In addition to the carols sung in common our own pieces were
1.      Gabriel’s message - Old Basque carol arr. Edgar Pettman
2.      Lullay [Stella Natalis] - Karl Jenkins
3.      Psallite - Michael Praetorius

We have just started rehearsals for the new season.

We welcome back all current and returning choir members and hope that our new members will enjoy singing with us.

NCC and the Aquinas Singers performed the music for Ronan's first Mass. 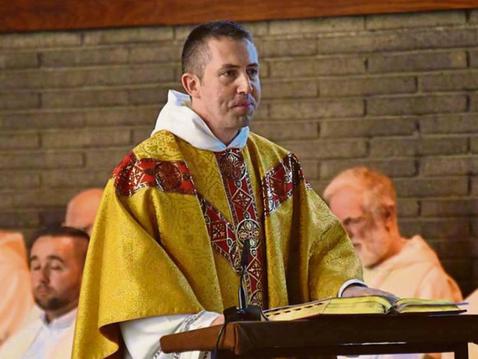 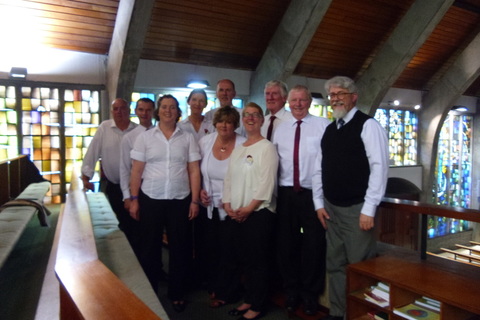